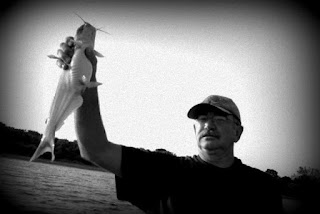 "Great men show politeness in a particular way;
a smile suffices to assure you that you are welcome,
and keep about their avocations as if you were a member of the family."
- John James Audubon


Today, we lay to rest a great man. A son, a brother, a husband, a father, a grandfather, a cousin, an uncle and a friend. He was so much to so many. Robert Lee Dehart was a great man.

He never built  tall buildings or monuments, instead he built a foundation for his family of long-lasting, unconditional love. He never discovered a new world or a new drug or a new creature, however he discovered the good in almost everyone he met. He never became a millionaire, but he had wealth in love and in laughter. He never bestowed riches upon an institution, but he gave graciously from his heart to those in need. He never wrote literature or poetry that would carry on through the ages, but he wrote notes and letters to his sweetheart that she will keep dear to her heart always.

His laugh was contagious. His smile was a mile wide. His heart was overflowing with love for us all. His life here on earth was brief, but he will live in our memories forever.

His death was sudden and unexpected. It was a shock to us all. He will be missed greatly.

He was a great man.

Much love and many memories,
~ME:)